Argraf participates in the XXII AIFEC Congress, held in Benidorm

Two years had passed since the last time that the member companies of AIFEC (Iberian Association of Continuous Label Manufacturers) were able to meet in person. After such a long time, last June, we finally did it again at our 22nd Congress which, under the title “New forms, new times, new opportunities”, brought together more than 225 attendees.

The event, held at the Hotel Melia Villaitana in Benidorm, was packed with professional and social activities. For our general manager, Alberto Torroba, who represented Grupo Argraf at the Congress, attending the event was “a great opportunity to keep up to date with the latest news in the sector, do business and make contacts”.

During the Congress, we were able to listen to interesting technical sessions – up to eight in total – given by the sponsors, which were AB Graphic, Fedrigoni, Xeikon, Esagraf, HP, E21, Bost and Martin Automatic.

In addition to these, four other presentations organised by AIFEC were also scheduled. Thus, the director of the European association FINAT, Jules Le Jeune, presented the guidelines of the sector, as well as its main data that place Spain at the centre of its European presentation. 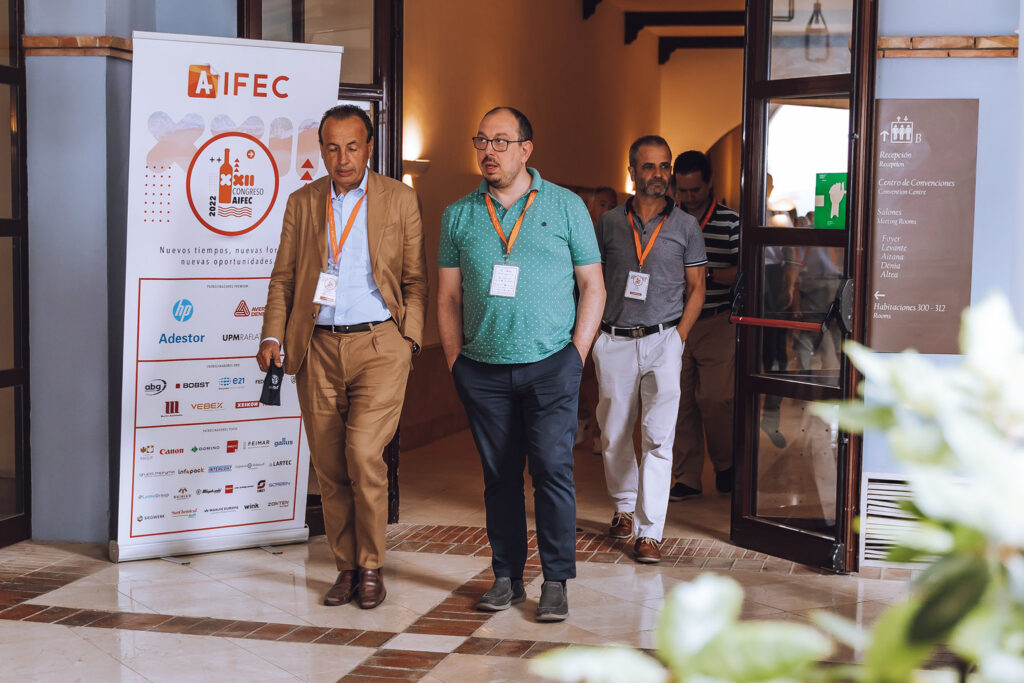 On the other hand, Fernando Botella, CEO of Think&Action, provided a motivational, fun experience, with lots of content and useful techniques to take into everyday life with his talk “Together we make the future” sponsored by UPM Raflatac.

Alberto Salviejo from ISDI offered some clues on how to achieve a transition towards digitalisation of companies in the sector. And Sara Escudero addressed the keys to help us incorporate a sense of humour as a vital attitude and, therefore, transferable to the world of work.

In addition to the presentations, there was also time for the General Assembly, which addressed the current situation of the association and reviewed the projects that are being carried out. Finally, it was decided by majority vote that the next AIFEC Congress will be held in Marrakech in 2023.

As usual, the suppliers’ tables served to make and revive business relations. A Networking Day was also organised for the first time, which consisted of bringing together all congress participants and accompanying persons in an activity called the Spy Game, in which several teams had to work together and unite to pass various tests and discover the threat that could bring down the label industry and fight it with the help of all the teams.

A new mobile app helped facilitate the exchange of messages, contacts and the public was even able to vote for the Best Labels of the year through the app. 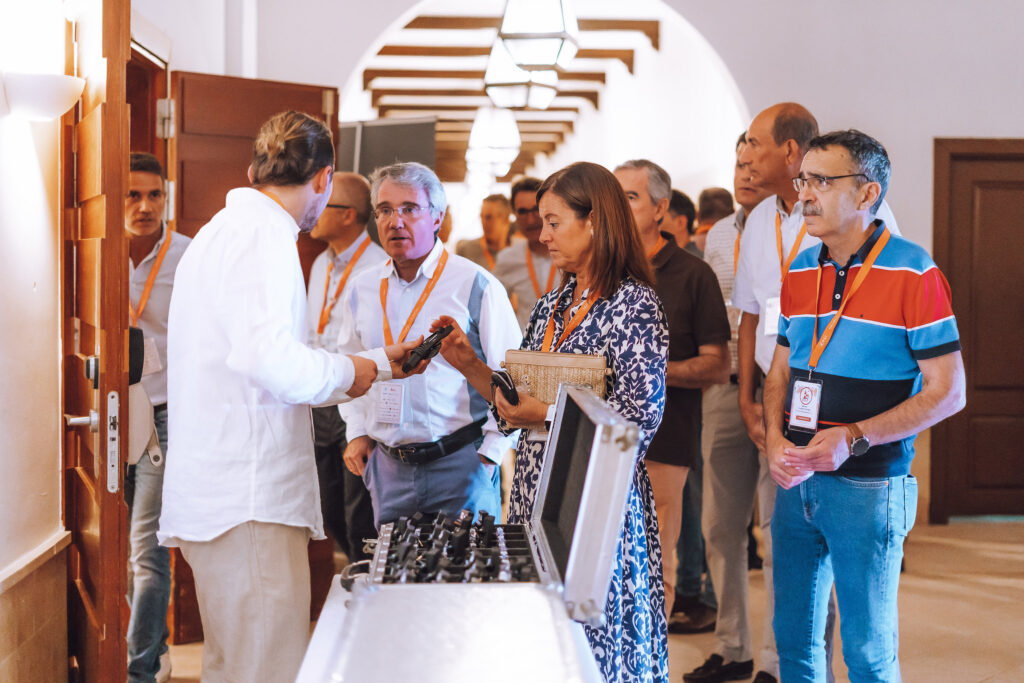 This recognition highlights the most significant ongoing label work of our partner companies throughout the year. The Awards, which were presented at a dinner ceremony on Friday, went to:

Award for the best work in DIGITAL for the FOOD & BEVERAGE category.

Prize for the best work in FLEXOGRAPHY for the FOOD AND BEVERAGES category.

Prize for the best work in DIGITAL for the INDUSTRY, HOME, PERFUMERY AND COSMETICS category.

Prize for the best work in FLEXOGRAPHY for the INDUSTRY, HOUSEHOLD, PERFUMERY AND COSMETICS category.

The winners were chosen by the decision of the jury and the public vote. This year’s jury was made up of: Jordi Cañadas from Fedrigoni, Miguel Ivañez from Adhesivas Ibi, Raúl Pérez from Durst and Santiago Villellas from Santilabel.